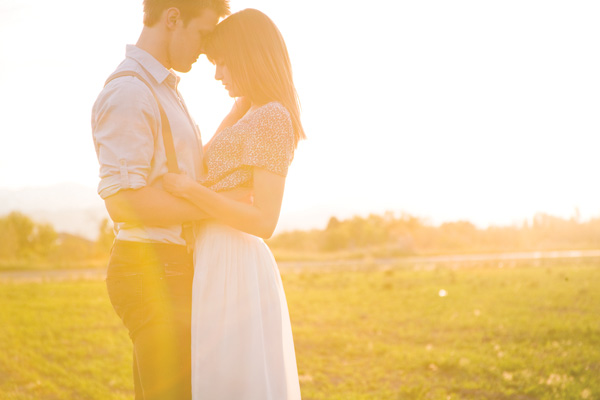 I'm having trouble sleeping.  I go through waves, sometimes months, sometimes weeks, where I have trouble getting to sleep.  Tonight I laid awake thinking about that final conversation Brandon and I had before we (he) drifted.  It wasn't the best of conversations, and I was leading it.  We were both tired, it was late, it was not the time to be having the conversation that I wouldn't let end.  All the while he's saying the usual bit "it'll be better in the morning," "we are both tired," "I love you so much.  too much."

I'm glad he's sleeping.  Maybe a bit jealous.  I wish I could jump in his dream.  But I can't, so instead I'm wearing his maroon bathrobe and my granny glasses (that I once thought a wise purchase) that are so large the lines on the computer screen bow, and am writing this.

among other things that are keeping me up (a test I'm bound to fail tomorrow, doctors appointments I don't want to schedule, thank you cards that must be written) a conversation I had with a classmate keeps finding it's way back.

We don't know each other well.  It's a once a week class in a subject I could care less about, but we were walking in the same direction so I made conversation.  When the question of "what next?" turned to me, my answer was a pathetic mumble of "well....plan a...would love to...but...my husband.....or plan z...but....could be moving.....grad school?.....it's complicated".  He responded that he hated seeing people give up their dreams because a spouse was involved.  we came to our fork in the road and parted directions, we even shook hands first (?).  But that was that.  My spouse was getting in the way of my dreams.

the truth is, my dreams change.  and it's probably a good thing they do.  I no longer have the slightest desire to be a prima-ballerina, the first woman president, or a shrink.  They've all been big big dreams.  accomplishments, success, leadership.  ya know, "it girl" dreams.

I guess the difference of my dream now is I just want to be "his girl".  k, before this gets all sappy sap let me say: marriage has been the hardest thing in my life so far.  I often look around and think "maybe it's just us.  everyone else seems to be so good at this."  But the more likely truth is, we mostly see the pretty side of people's lives.  Marriage does something unnatural to you.  We are wont to live singular lives, it's the natural way.  We look out for ourselves, our interests, we make dreams that start with "I".  Marriage forces two individual to merge dreams.  Sometimes it works out smoothly like "oh, you like shopping at DI? Me too!" sometimes it's weird, for example, I became a baseball fan.  practically overnight.  Sometimes it's competitive: we still can't agree on a paint color for the hallway.  And sometimes it's impossible.  my life was going this way, his life was going that way.  So do we pick a place in the middle?  Jump back and forth between two destinations?  Do a 180?  sacrifice seems like a weighty word, but it's fitting.  sacrifice is what it takes.  and sacrifice is what I want to give it.  When I take a step back and evaluate (usually after a nice de-tox bath provided by a desperate husband in hopes to soak some sense into me) I realize our quarrels are typically about 1 thing: the stubbornness of not wanting to give up the other person's dream.