in other words: art 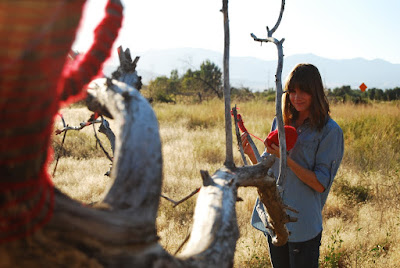 incase you missed it, my sissy announced my acceptation into BYU's Visual Arts program. And yes, it was (is) kind of a big deal, but just mostly to me :) Ya see....I've tried my hand (or mind) at many a different majors. Not a one was even close to a good fit. It became a process of elimination. I knew all sorts of things I couldn't do {physcology, english, communications, advertising, anything that involves numbers or stats, anything science, anything "techy", SFL, anything that requires long research papers...} And the list was getting longer. And, frankly, time was running out. It was one of those times where you just have to make a decision before you know if it's the right one. For reasons I either can't remember or that don't matter anymore, I had decided in highschool that I was NOT going to go into the arts.
but then something changed. or lots of things rather. and it became clear to me that this is my "calling". and when I say calling, i don't mean i'm some super gifted person whose work is going to change the world or even affect another, but calling meaning it's what I need to do for me. This is going to make me happy. And it does just that.
so instead of writing long research papers I wrap yarn around trees.
which I actually did once.
just a few months ago.
and the coolest part is i get to call it art.
oh and I got an A. 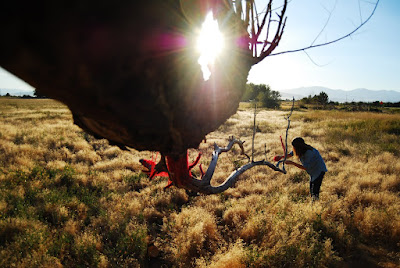 video to follow shortly. or longly {depending on how quickly i figure out how to post it}
Posted by Claire White at 5:48 PM

Labels: art, this is art