4 months ago I dyed my hair platinum and there is not a single photo on the blog to show it. I guess to say I've been that busy would be only 1/2 truth. I've been busy, sure, but it's not like I don't have time to come on here and post a photo. I've just chosen those free moments carefully, and decided to watch Netflix or something else. Movies and TV have always been in my life. Social media hasn't. And I'm amazed that I'm still learning how much it affects me. I'm still trying to find my jive with it, if that makes sense. 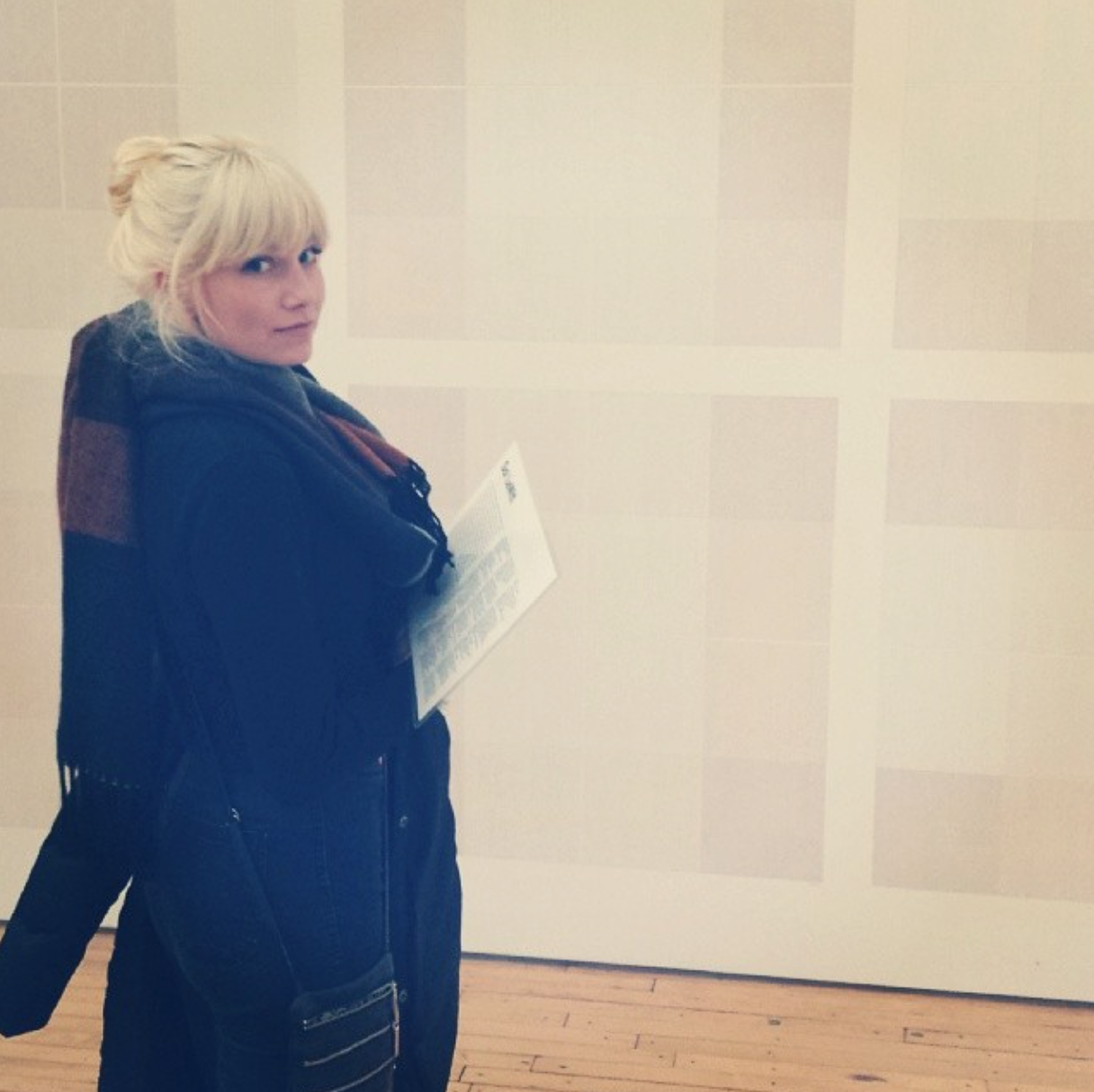 (photo from our Christmas visit to NY, Dia Beacon)

Today our marriage nearly ended in the self-serve area of Ikea. It probably wouldn't have been the first (or last) to end there. We were arguing about which crappy desk to buy and finally chose the crappiest one and tried to get out of that wretched place asap. but of course, 45 minutes later at home, we found out we had the wrong desk. WE WANTED HIGH GLOSS. Ikea, ruining lives since 1943.

Brando got me roses to match what I hope to be my next hair color: blush pink. So that made things a little better. I put them on my nightstand so they'll remind me to wake on the right side of the bed tomorrow. Though I will admit, with the sunshine it's been much easier to wake up at all.

Also, it's worth noting that Brandn, who I brag about being the worst liar ever, has somehow managed to hide several guitars in our little home. The snake. Supposedly we've had them all along but they are just now coming out of the woodworks. For any seat you sit on at our place, there will be a guitar in reach, allowing for a constant stream of strums to be played throughout the day. He's playing Conor Oberst as I type this. "But you're my favorite. You know it's true."

We FINALLY hung artwork we've been collecting since before we were married. A total of 9 originals for local artists are hanging in our front room alone. It's amazing what it's doing for my mood. Our place feels like our place now. And I love thinking of the friendships we share with each artist.

Brando is in the thick of finals right now which means I am too. We are learning more and more how much we can't do things alone. Was it always that way? Has marriage made us more dependent? I think I'm ok with that. It's better to write about Byzantine art with someone by your side. And even more fun to procrastinate.

Speaking of which...
I didn't graduate. I know. I told everyone I did. I even made announcements AND WALKED but that's only because I was so close I thought it would just happen. But I procrastinated one thing and then forgot about it and then remembered, but was so over it I didn't care. In my mind I was done and the paper didn't really matter to me. Turns out it's a blessing and I'm going to milk being a student for a few more semesters so we can have one grand adventure. More on that later.

Are you (yes, direct question to whoever is reading this) the kind of person who holds onto baby names in fear that others will steal them? I am. only I'll share with close friends and family as to "claim" them first ;) Brando and I have full names picked for 2 boys and 1 girl and they've remained the same for the past few years. 12 year old me had names picked out for future identical twin girls: Tess & Olivia. I still love those names but I've loved the opinions and preferences we've formed as a couple and we needed to choose those names together. Plus, twins? yikes.

I felt lost and found with every step I took.